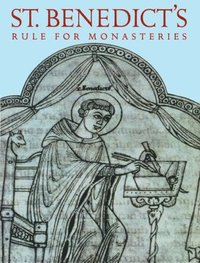 Leonard J. Doyle (1914-1970) was a gifted translator of German, French, Latin, and Italian works for The Liturgical Press, in addition to operating his own publishing company, Doyle and Finegan. His translations include such titles as Parish Holy Week Missal (1956), The Simplification of the Rubrics (1955), Commentary for Benedictine Oblates (1950), Benedictinism Through Changing Centuries (1958), A History of Benedictine Nuns (1958), among others. After Vatican II he worked on the official liturgical books published by The Liturgical Press, including the Lectionary, the Sacramentary, and the Breviary. His translation from Latin of St. Benedict's Rule for Monasteries,which was published in 1948, is still sold by The Liturgical Press.