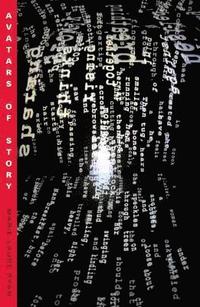 av Marie-Laure Ryan
Häftad Engelska, 2006-08-01
189
Köp
Spara som favorit
Skickas inom 5-8 vardagar.
Fri frakt inom Sverige för privatpersoner.
Finns även som
Visa alla 1 format & utgåvor
Since its inception, narratology has developed primarily as an investigation of literary narrative fiction. Linguists, folklorists, psychologists, and sociologists have expanded the inquiry toward oral storytelling, but narratology remains primarily concerned with language-supported stories. In Avatars of Story, Marie-Laure Ryan moves beyond literary works to examine other media, especially electronic narrative forms. By grappling with semiotic media other than language and technology other than print, she reveals how story, a form of meaning that transcends cultures and media, achieves diversity by presenting itself under multiple avatars. Ryan begins by considering, among other texts, a 1989 Cubs-Giants baseball broadcast, the reality television show Survivor, and the film The Truman Show. In all these texts, she sees a narrative that organizes meaning without benefit of hindsight, anticipating the real-time dimension of computer games. She then expands her inquiry to new media. In a discussion covering text-based interactive fiction such as Spider and Web and Galatea, hypertexts such as Califia and Patchwork Girl, multimedia works such as Juvenate, Web-based short narratives, and Facade, a multimedia, AI-supported project in interactive drama, she focuses on how narrative meaning is affected by the authoring software, such as the Infocom parser, the Storyspace hypertext-producing system, and the programs Flash and Director. She also examines arguments that have been brought up against considering computer games such as The Sims and EverQuest as a form of narrative, and responds by outlining an approach to computer games that reconciles their imaginative and strategic dimension. In doing so, Ryan distinguishes a wide spectrum of narrative modes, such as utilitarian, illustrative, indeterminate, metaphorical, participatory, emergent, and simulative. Ultimately, Ryan stresses the difficulty of reconciling narrativity with interactivity and anticipates the time when media will provide new ways to experience stories. Marie-Laure Ryan is an independent scholar and the author of, most recently, Narrative as Virtual Reality: Immersion and Interactivity in Literature and Electronic Media.
Visa hela texten

Marie-Laure Ryan is an independent scholar and the author of, most recently, Narrative as Virtual Reality: Immersion and Interactivity in Literature and Electronic Media.