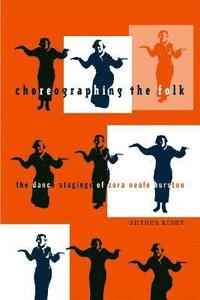 av Anthea Kraut
Häftad Engelska, 2008-10-03
523
Köp
Spara som favorit
Finns även som
Visa alla 1 format & utgåvor
While Zora Neale Hurston and her 1937 novel Their Eyes Were Watching God have become widely celebrated, she was also a prolific stage director and choreographer. In the 1930s Hurston produced theatrical concerts that depicted a day in the life of a railroad work camp in Florida and featured a rousing Bahamian Fire Dance as the dramatic finale. In Choreographing the Folk, Anthea Kraut traces the significance and influence of Hurston's little-known choreographic work. Hurston's concerts were concrete illustrations of the "real Negro art theatre" she was eager to establish, and they compellingly demonstrate how she used the arena of performance to advance a nuanced understanding of the black diaspora. Her version of the Fire Dance was staged in a variety of venues during the 1930s. In its multiple representations, Kraut asserts, the dance raised critical issues about ownership, artistry, and authenticity. Choreographing the Folk argues for the significance of Hurston's choreography, and with perceptiveness, sensitivity, and originality, Kraut illuminates the important and often-contested place of black folk dance in American culture.
Visa hela texten