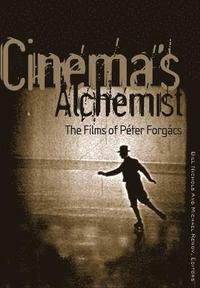 The Films of Peter Forgacs

"There are film makers who have created a documentary opus of great significance, and have thereby deepened our understanding of the past. Peter Forgacs, Hungarian film maker and media artist, is such a man. He composes films as if they were musical compositions-by using found material." -from the 2007 Erasmus Prize Laudatio "Peter Forgacs is indeed an alchemist, as this insightful compendium of essays proclaims; his extraordinary process transforms ordinary home movies into works of profound and sometimes mysterious beauty. This volume brilliantly articulates the qualities that make his work so distinctive and important, not only as acts of cinematic archaeology but as transformative art. Michael Renov's concise appreciation of Forgacs' devastating reimagining of pre-Holocaust Jewish family movies in The Maelstrom, and Bill Nichols's and Scott MacDonald's revealing interviews with the filmmaker himself, are among the gems to be discovered." -Peter L. Stein, Executive Director, San Francisco Jewish Film Festival, and Peabody Award-winning documentary filmmaker

Bill Nichols is professor of cinema at San Francisco State University. Michael Renov is vice dean of academic affairs and professor of critical studies in the School of Cinematic Arts at the University of Southern California.