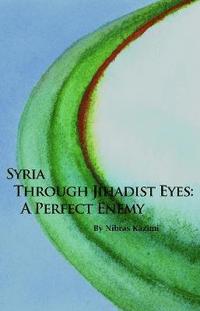 av Nibras Kazimi
Häftad Engelska, 2010-04-15
119
Köp
Spara som favorit
Skickas inom 10-15 vardagar.
Fri frakt inom Sverige över 159 kr för privatpersoner.
Finns även som
Visa alla 2 format & utgåvor
The regime in Syria is in league with the theocrats in Iran, facilitating their access to Lebanon and to the Palestinian territories, but hints that it is open to accommodation with Israel and for a strategic bargain with the United States. In Syria through Jihadist Eyes, Nibras Kazimi, a young writer on Arab affairs, challenges that country's presumed readiness for peace and normalcy. With field notes accumulated in a Syrian environment not generally hospitable to research and inquiry, Kazimi provides a unique view of the Syrian regime and its base at home, filling a void in our understanding of the intelligence barons and soldiers who run that country. He offers a look at the tactical, propagandist, and strategic ingredients required, in jihadist eyes, for a successful jihad - and whether those ingredients are available in Syria. Kazimi assesses how sectarianism and the global jihadist interest in taking the battle to Syria could derail policy overtures from Washington aimed at normalizing relations with the Asad regime. Jihad in Syria makes strategic sense for the jihadists, he concludes; trying to accommodate that regime seems, at best, on uncertain grounds and perhaps an exercise in wishful thinking.
Visa hela texten

Nibras Kazimi is a visiting scholar at the Hudson Institute. Previously, he directed the Research Bureau of the Iraqi National Congress in Washington, D.C., and Baghdad and was a pro bono adviser to the Higher National Commission for De-Ba'athification, which he helped establish and staff. He also contributed regular columns to the New York Sun and Prospect Magazine (UK). Kazimi's research focuses on the growing threat of jihadism in the Middle East, as well as prospects for democracy in the region. His primary interest is the national security of Iraq and how threats to the nascent democracy there are enabled and coordinated by regional Middle Eastern actors and factors. He travels widely; recently he visited Turkey, Iraq, Iran, Lebanon, Syria, Egypt, and Jordan.