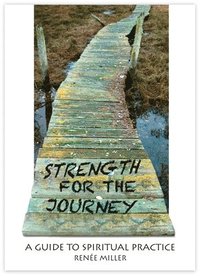 Strength for the Journey

A Guide to Spiritual Practice

av Renee Miller
Häftad Engelska, 2011-05-01
229
Köp
Spara som favorit
Skickas inom 3-6 vardagar.
Fri frakt inom Sverige för privatpersoner.
Finns även som
Visa alla 1 format & utgåvor
This collection of thoughtful reflections looks at events and activities of everyday life and discovers routes to spiritual practice and deeper, daily spirituality. At the behest of CREDO Institute, Inc., which hosts health and wellness conferences and is supported by the Episcopal Church Pension Fund, priest and CREDO conference leader Renee Miller wrote the 20 reflections and grouped them into the categories: Meditative Practice, Ministry Practice, Media Practice, Mind Practice, and Movement Practice. Each entry, accented with color photographs, is aimed at evoking mindfulness in the common activities of life, from music and movie going to reading, writing, and walking. For the reader who wishes to use the book to introduce or more deeply explore spiritual practices with other people or in an instructional setting, each chapter concludes with a nod toward who might be inclined to certain practices, based on individual predilections or personality. The Foreword by Brian Taylor lays out the theological underpinnings of spiritual discipline in what could stand alone as a primer on spiritual practice.
Visa hela texten

Bloggat om Strength for the Journey