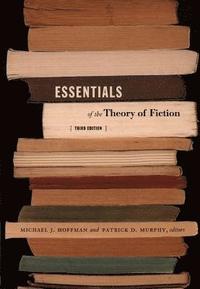 Essentials of the Theory of Fiction

"That there was a perceived need to produce a third, expanded edition of this anthology of essays on the theory of fiction speaks volumes about both the user-friendliness and value of such single-volume compendia. . . . This remains a volume that reminds critics that progress is often not the latest thing in the marketplace but critical pieces that have stood the test of time." --"Forum for Modern Language Studies"

Michael J. Hoffman is Professor Emeritus of English at the University of California, Davis. Among his books are Critical Essays on Gertrude Stein and The Subversive Vision: American Romanticism in Literature. Patrick D. Murphy is Professor of English at the University of Central Florida, Orlando. His most recent books are Farther Afield in the Study of Nature-Oriented Literature and A Place for Wayfaring: The Poetry and Prose of Gary Snyder.