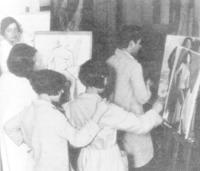 av Ella Shohat
Inbunden Engelska, 2006-07-01
1069
Bevaka
Spara som favorit
Tillfälligt slut – klicka "Bevaka" för att få ett mejl så fort boken går att köpa igen.
Finns även som
Visa alla 2 format & utgåvor
Taboo Memories, Diasporic Voices brings together for the first time a selection of trailblazing essays by Ella Shohat, an internationally renowned theorist of postcolonial and cultural studies of Iraqi-Jewish background. Written over the past two decades, these twelve essays-some classic, some less known, some new-trace a powerful intellectual trajectory as Shohat rigorously teases out the consequences of a deep critique of Eurocentric epistemology, whether to rethink feminism through race, nationalism through ethnicity, or colonialism through sexuality.Shohat's critical method boldly transcends disciplinary and geographical boundaries. She explores such issues as the relations between ethnic studies and area studies, the paradoxical repercussions for audio-visual media of the "graven images" taboo, the allegorization of race through the refiguring of Cleopatra, the allure of imperial popular culture, and the gender politics of medical technologies. She also examines the resistant poetics of exile and displacement; the staging of historical memory through the commemorations of the two 1492s, the anomalies of the "national" in Zionist discourse, the implications of the hyphen in the concept "Arab-Jew," and the translation of the debates on orientalism and postcolonialism across geographies. Taboo Memories, Diasporic Voices not only illuminates many of the concerns that have animated the study of cultural politics over the past two decades; it also points toward new scholarly possibilities.
Visa hela texten

"[T]he collection functions as a window onto the issues and dilemmas confronted by an interdisciplinary cultural studies since the late 1980s, namely, the concerns raised by multiculturalism, transnational feminism, diaspora, and postcolonialism. However, the larger accomplishment of the volume is that it reveals a pioneering mode of cultural criticism that may be definitively viewed as a 'post-orientalist' practice of knowledge. . . . As an essayist, [Shohat] has a knack for constructing a platform of inquiry through a prism of complexities and interrelationships, and for scrutinizing a given phenomenon of culture along multiple axes, investments, and stakes. These qualities make this a valuable book, and we may hope that more from Shohat is in the works." -- Saloni Mathur * CAA Reviews * "From her keen observations about the politics of knowledge production in the U.S. university, to her canny elucidation of the gendered geographies of colonial cinema, to her critical engagements with post-Zionist discourse, Ella Shohat's bold intelligence is unparalleled. This volume collects her key interventions that have shaped and illuminated the debates we have come to know as multiculturalism, postcolonial discourse, and transnational feminism."-Lisa Lowe, coeditor of The Politics of Culture in the Shadow of Capital "Ella Shohat's writing explores the volatile border regions where feminist theory meets anticolonial thought and where the politics of culture encounters the powers of imperialist reason. What she writes is important, inspiring, and fearless."-Timothy Mitchell, author of Rule of Experts: Egypt, Techno-Politics, Modernity "Amplitude, in both scope and wavelength, is the operative word for these essays. Each essay breaks out a cascade of examples-the sheer wealth of citation alone makes this volume exceptional. Its vibrant combination of skepticism and generosity is Ella Shohat's trademark."-Mary Louise Pratt, author of Imperial Eyes: Travel Writing and Transculturation

Ella Shohat is Professor in the Departments of Art & Public Policy and Middle Eastern Studies and affiliated with the Department of Comparative Literature at New York University. Among her books are Talking Visions: Multicultural Feminism in a Transnational Age; Israeli Cinema: East/West and the Politics of Representation; and, with Robert Stam, Unthinking Eurocentrism, winner of the Katherine Singer Kovacs Award.

Illustrations ix Preface xiii Gendered Cartographies of Knowledge: Area Studies, Ethnic Studies, and Postcolonial Studies 1 Gender and the Culture of Empire: Toward a Feminist Ethnography of the Cinema 17 Sacred Word, Profane Image: Theologies of Adaption 70 The Cinema after Babel: Language, Difference, Power (with Robert Stam) 106 "Lasers for Ladies": Endo Discourse and the Inscriptions of Science 139 Disorienting Cleopatra: A Modern Trope of Identity 166 Taboo Memories, Diasporic Visions: Columbus, Palestine, and Arab-Jews 201 Notes on the "Post-Colonial" 233 Post-Fanon and the Colonial: A Situational Diagnosis 250 Post-Third Worldist Culture: Gender, Nation, and the Cinema 290 Rupture and Return: Zionist Discourse and the Study of Arab-Jews 330 The "Postcolonial" in Translation: Reading Edward Said between English and Hebrew 359 Index 385