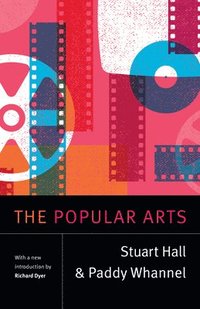 av Stuart Hall, Paddy Whannel
Häftad Engelska, 2018-07-06
299
Köp
Spara som favorit
Skickas inom 10-15 vardagar.
Fri frakt inom Sverige för privatpersoner.
Finns även som
Visa alla 2 format & utgåvor
When it first appeared in 1964, Stuart Hall and Paddy Whannel's The Popular Arts opened up an almost unprecedented field of analysis and inquiry into contemporary popular culture. Counter to the prevailing views of the time, Hall and Whannel recognized popular culture's social importance and considered it worthy of serious study. In their analysis of everything from Westerns and the novels of Mickey Spillane, Ian Fleming, and Raymond Chandler to jazz, advertising, and the television industry, they were guided by the belief that studying popular culture demanded an ethical evaluation of the text and full attention to its properties. In so doing, they raised questions about the relation of culture to society and the politics of taste and judgment in ways that continue to shape cultural studies. Long out of print, this landmark text highlights the development of Hall's theoretical and methodological approach while adding a greater understanding of his work. This edition also includes a new introduction by Richard Dyer, who contextualizes The Popular Arts within the history of cultural studies and outlines its impact and enduring legacy.
Visa hela texten

"As a vital contribution to debates about the nature and politics of mass culture, The Popular Arts continues to speak to questions about aesthetics, genres, the politics of culture, and more. It is a founding text whose historical importance transcends its place in cultural studies."--Lawrence Grossberg, author of "Cultural Studies in the Future Tense " "The Popular Arts is an incredibly important milestone in the postwar rise of film, media, and cultural studies and of great historical value."--Lynn Spigel, author of "TV by Design: Modern Art and the Rise of Network Television "

Stuart Hall (1932-2014) was one of the most prominent and influential scholars and public intellectuals of his generation. Hall appeared widely on British media, taught at the University of Birmingham and the Open University, was the founding editor of New Left Review, and served as the director of Birmingham's Centre for Contemporary Cultural Studies. He is the author of Familiar Stranger, Cultural Studies 1983, and Selected Political Writings, all also published by Duke University Press. Paddy Whannel (1922-1980) was founder and head of the Education Department at the British Film Institute, Associate Professor of Film at Northwestern University, an an influential figure in the development of film studies in Britain and the United States. Richard Dyer is Professor of Film Studies at King's College London and the author of several books, including White: Essays on Race and Culture and Heavenly Bodies: Film Stars and Society.