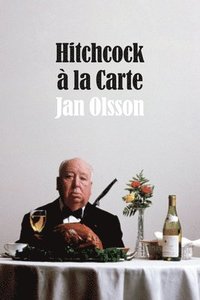 av Jan Olsson
Inbunden Engelska, 2015-04-03
1636
Köp
Spara som favorit
Finns även som
Visa alla 2 format & utgåvor
Alfred Hitchcock: cultural icon, master film director, storyteller, television host, foodie. And as Jan Olsson argues in Hitchcock a la Carte, he was also an expert marketer who built his personal brand around his rotund figure and well-documented table indulgencies. Focusing on Hitchcock's television series Alfred Hitchcock Presents (1955-1962) and the The Alfred Hitchcock Hour (1962-1965), Olsson asserts that the success of Hitchcock's media empire depended on his deft manipulation of bodies and the food that sustained them. Hitchcock's strategies included frequently playing up his own girth, hiring body doubles, making numerous cameos, and using food-such as a frozen leg of lamb-to deliver scores of characters to their deaths. Constructing his brand enabled Hitchcock to maintain creative control, blend himself with his genre, and make himself the multi-million-dollar franchise's principal star. Olsson shows how Hitchcock's media brand management was a unique performance model that he used to mark his creative oeuvre as strictly his own.
Visa hela texten

"Olsson shines a valuable light on Hitchcock's television work (which may be unfamiliar to today's audiences). . . ." -- Stephen Rees * Library Journal * "Olsson's witty and playful analysis should send readers scurrying to the box sets. Olsson offers us many toothsome delights on such subjects as the difference between English and American murders, typing and casting against type, doubles and vetriloquism, framing and mirroring and 'momism' (the modern cult of motherhood) and the depiction of women...Olsson is well versed in semiotics and modern critical theory, but he writes in a way that should entice the general reader." -- Christopher Silverster * TLS * "Olsson's research is impressive. He writes well. The book is delicious. Highly recommended. Lower-division undergraduates through faculty and professionals; general readers." -- W. A. Vincent * Choice * "After over 100 books and countless tributes written about and to Alfred Hitchcock, Jan Olsson's Hitchcock a la Carte is a refreshing change of pace. ...Olsson's superbly researched book heads off in a different direction, one sure to be of interest to fans of Hitchcock's thrilling foray into television that resulted in Alfred Hitchcock Presents and then The Alfred Hitchcock Hour." -- Michael Dalton * M/C Reviews * "[Olsson's book] excels by virtue of its incisive historiography, illuminating biographical detail, and sharp-eyed cultural analysis. Hitchcock a la Carte is a first-rate achievement by any measure." -- David Sterritt * Quarterly Review of Film and Video * "Jan Olsson definitely has a mind for the analysis of television, a gift even. Even with the bulk of Hitchcock material out there, this fresh perspective gives Hitchcock fans something new to sink their teeth into. Overall, the book is a fine multi-course meal that brings all sorts of new tastes and senses to explore." -- Romana Guillotte * Popular Culture Review * "Jan Olsson has shown in great detail how Hitchcock consistently manipulated celebrity gossip in order to project the image of a creative genius who was as much 'prankster' as 'master craftsman'. The biggest prank of all was his own body. Despite periodic bouts of binge-dieting, Hitchcock remained until the end of his life mountainously fat. In the mid-1930s, as his ambitions turned increasingly towards a career in Hollywood, he began to parlay his corpulence - and the appetites which had brought it about - into an instantly recognisable public persona. 'His film fame, food reputation, and fabulous physicality were supreme assets,' Olsson observes, 'when he signed up for Alfred Hitchcock Presents in 1955, on the cusp of Hollywood's television era.'" -- David Trotter * London Review of Books * "Although Hitchcock's obsession with food has been noted and commented upon in previous scholarly works, none has focussed on it exclusively as Professor Jan Olsson has done in Hitchcock a la Carte. What makes his book a significant addition to the research into the less populated areas of the Hitchcock oeuvre is that he spends considerable time on many of the individual episodes of his two long-running television series." -- Colin Shindler * Journal of American Studies * "...Olsson's Hitchcock a la Carte marks both an important contribution to the existing literature on Hitchcock and an original approach to a still under-researched aspect not only of Hitchcock's oeuvre, but of film culture more generally." -- Vinzenz Hediger * Historical Journal of Film, Radio and Television * "Olsson's study of the relationship between Hitchcock and the press is meticulous, as he thoroughly researches the media content of the time, noting countless instances where Hitchcock's dietary habits and weight were used for promotion. . . . Olsson's study succeeds in noting the many different connections between Hitchcock's brand image and television work." -- Melenia Arouh * E

Jan Olsson is Professor of Cinema Studies at Stockholm University. He is the coeditor of Television after TV: Essays on a Medium in Transition, also published by Duke University Press.