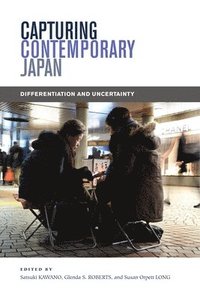 . . . the volume is an excellence resource and significant contribution to the anthropology of Japan. I am using the collection in my undergraduate seminar in Japanese society with great success. . . . the ethnographic depth of each chapter will certainly spark lively debate and discussion among more senior graduate students and scholars.-- "Pacific Affairs" Capturing Contemporary Japan, a collection of neatly unified and carefully researched case studies by leading anthropologists takes a thorough look at Japan's current questioning of post-war, middle-class ideals and the exploration (by its people) of new identities. . . . [and] provides a detailed introductory description of Japan's recent economic history.-- "Times Literary Supplement"