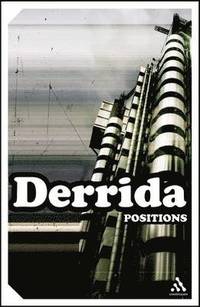 Jacques Derrida (1930-) is Professor of Philosophy at Ecole Normale Superieure, Paris. Regarded as the founding father of Deconstruction, his influence on contemporary thought has been enormous. His impact on modern Continental philosophy was assured by the simultaneous publication, in 1967, of Speech and Phenomena, Writing and Difference and Of Grammatology.