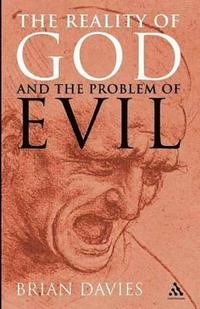 Reality of God and the Problem of Evil

av Brian Davies
Häftad Engelska, 2006-10-01
499
Köp
Spara som favorit
Skickas inom 10-15 vardagar.
Fri frakt inom Sverige för privatpersoner.
Finns även som
Visa alla 1 format & utgåvor
This is an important new book on how we can still believe in a God of love and confront the problem of evil in the world. Probably the most important book on the subject since John Hick's book "Evil and the God of Love". Evil is a strong word that people now employ fairly rarely. Many people believe these days that God is omnipotent, omniscient and good and that what we deem to be bad or evil in the world is no reason for abandoning belief in God. It is an intellectual or theoretical problem not one where the focus is on how one might bring about some desirable goal (a practical matter). Professor Davies says we should tackle this problem by attending to the basics, by asking whether there is a God and then What is God? He starts by summarizing the arguments so far (from Seneca to the present day). He then moves to what he describes as the basics (see above) and demonstrates that much of what has been written about on the topic of evil is in fact irrelevant or just plain wrong. Finally, though many theologians argue that evil is a mystery, Davies argues that this too is wrong and a cop out. We should rather be concerned with the problem (or mystery) of good. The real issue is 'Why is there not more good than there is'. From the discussion Aquinas emerges as a hero (as filtered through analytical philosophy) but many moderns thinkers do not emerge so well. Davies effectively picks holes in the arguments of Peter Geach, Paul Helm, Richard Swinburne and even Mary Baker Eddy. This is a lively book on a tricky subject, written at all times with humour and much practical example.
Visa hela texten

Bloggat om Reality of God and the Problem of Evil

Friar Brian Davies is a Dominican and is Professor of Philosophy at Fordham University, New York.