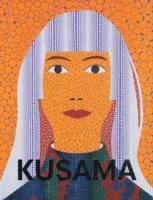 av Louise Neri, Takaya Goto
Inbunden Engelska, 2012-07-10
532
Köp
Spara som favorit
Skickas inom 7-10 vardagar.
Gratis frakt inom Sverige över 159 kr för privatpersoner.
This book comes in three different color patterns (all with the same cover design). The most comprehensive book devoted to the incomparable and iconic work of Yayoi Kusama. Yayoi Kusama, now in her eighties, has become a vital force in contemporary art and an influence on generations of artists. Arriving in New York City in 1958 from her native Japan, she embarked on a series of works that forged a new visual vocabulary-the Net paintings, which were composed of scores of small, thickly painted loops spanning large canvases. Her singular approach to art making continued in other extraordinary bodies of work, including the phallic soft sculptures which she later incorporated into full-scale environments. In 1973 she returned to Japan, where she lives and works today. Since then, she has created dazzling walk-in mirror rooms and her now-famous pumpkin sculptures, as well as writing poetry and novels. In this book-created in close collaboration with Kusama and her Tokyo studio-the breadth and import of this watershed artist's career are considered in depth. In addition to studies of the development of her artistic vocabularies across different media, the book includes ephemera, sketches, and photographs from the artist's extensive archive that have never been seen before. The publication is timed to coincide with the artist's major touring retrospective, which makes its American debut at the Whitney Museum in New York in summer 2012, as well as with the much-anticipated collaboration with powerhouse fashion brand Louis Vuitton. Contributors include: Leslie Camhi, RoseLeeGoldberg, Laura Hoptman, Chris Kraus, Arthur Lubow, Kevin McGarry, Louise Neri, Akira Tatehata, and Olivier Zahm.
Visa hela texten

Louise Neri is an editor, curator, writer, and consultant based in New York. As an international director at Gagosian Gallery, she works on research and development, exhibition and editorial programming, and communications. Yayoi Kusama is among the artists she represents and works with closely. Leslie Camhi, who first encountered Yayoi Kusama's work nearly two decades ago, has written about art, books, fashion, and women's lives for the New York Times, Vogue, and many other publications. RoseLee Goldberg, Founding Director and Curator of Performa, is an art historian, critic, and curator whose book Performance Art: From Futurism to the Present, first published in 1979, pioneered the study of performance art. Born and raised in Tokyo, Takaya Goto completed his post-graduate design education in the United States. He is a co-founder of Goto Design, a multidisciplinary design studio based in New York. Laura Hoptman is Senior Curator at the Museum of Modern Art in New York, where she has organized the exhibitions "Drawing Now: Eight Propositions" (2002) and "Love Forever: Yayoi Kusama" (1998), among many others. Chris Kraus is the author of four novels, including the forthcoming Summer of Hate (Semiotexte, 2012) and two books of art criticism. Since 1975, Arthur Lubow has worked primarily as a writer of long-reported articles for national magazines. For the last decade, he has been a contributing writer at the New York Times Magazine, specializing in the arts. Kevin McGarry is a writer, editor, and curator. He writes the contemporary art column "Out There" for T: The New York Times Style Magazine, is the art editor for V Magazine, and reviews exhibitions for Art Agenda and Artforum.com. Akira Tatehata is a curator, critic, and poet. Olivier Zahm is a curator, writer, editor, and co-founder of Purple Prose.