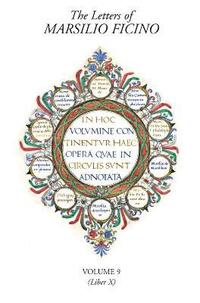 Inbunden Engelska, 2012-12-01
449
Köp
Spara som favorit
Specialorder (osäker tillgång). Skickas inom 11-20 vardagar.
Fri frakt inom Sverige för privatpersoner.
'All religion is natural to man and is the surest foundation for immortality' (Letter 10) This volume brings together correspondence from the last decade of Marsilio Ficino's life, spanning the period late 1489 to spring 1491. 'Marsilio Ficino (1433-1499) was at the very fountainhead of some of the most characteristic and influential aspects of the Italian Renaissance.' C.B. Schmitt in The Times Literary Supplement 'All that we regard as the norm of Western European art - Botticelli's paintings, Monteverdi's music, Shakespeare's philosophical lovers, Berowne and Lorenzo, Jacques and Portia - has flowered from Ficino's Florence.' Kathleen Raine in The Times Written during the preparation of his translation and commentaries on the Enneads of Plotinus, Ficino's philosophical letters to his friends and fellow Florentines in this volume provide an insight into what was uppermost in his mind at the time. This volume introduces us to an intriguing group of people (Ficino was clearly a member) who met informally under the name of 'Mammola'. It appears to have been a company of like-minded citizens seeking to deepen their understanding of the great philosophical works Ficino was translating and exploring how to make practical the idea of philosophy as a way of life rather than just an intellectual pursuit. The letters also give us an insight into the political context in which he was working.The Church had sought to prosecute him for magic, predictive astrology and spirit-worship following the publication of his controversial Three Books on Life in 1489. To protect himself Ficino made strenuous efforts to gain and maintain the patronage of Lorenzo de' Medici and other powerful figures in law, medicine and the clergy, revealing his often precarious social position during this period. Above all else, this collection of letters traces the final development of Ficino's interest in the relationship between God, the Soul and the eternal truths that he believed were to be found in Plato. His ideas on religion and immortality articulated in these letters transcend his historical moment and have as much to teach us today as when they were written. The Church accepted the immortality of the soul as dogma after his death. 'Undoubtedly these letters comprise one of the "spiritual classics" of the past thousand years.' Christopher Booker in The Spectator * Volume 9 in the Shepheard-Walwyn edition, the first English translation of The Letters, corresponds with Book X of the Latin edition.
Visa hela texten

'There is no doubt that without Ficino, the Western World would not have the ready access to priceless, long abandoned works of Greek Philosophers. This is a fascinating book for historians and is an object lesson on how to live in the world and yet not be attached to it. There is a rather beautiful facsimile copy of the original text in Latin included'. The Study Society, July 2013

Arthur Farndell has been a member of the team of scholars at the School of Economic Science in London for more than 35 years. He is the translator of many of Marsilio Ficino's commentaries on Plato's Dialogues, which have been published in four volumes as All Things Natural, Evermore Shall Be So, Gardens of Philosophy, and When Philosophers Rule.