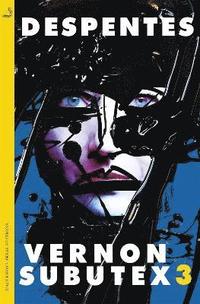 av Virginie Despentes
Häftad Engelska, 2020-06-25
177
Köp
Spara som favorit
Skickas inom 7-10 vardagar.
Fri frakt inom Sverige för privatpersoner.
Finns även som
Visa alla 2 format & utgåvor
Although it means leaving behind the community of disciples who have followed him on his travels and assembled at his raves and gatherings, Vernon Subutex is compelled to return to Paris to visit the dentist. Once back in the city, he learns that Charles, his old friend from his days on the Paris streets, has died and left him half of a lottery win. But when Vernon returns to his disciples with news of this windfall, it does not take long before his followers start to turn on each other, and his good fortune provokes ruptures in his once harmonious community. Meanwhile, storm clouds are gathering for Aicha and Celeste: Laurent Dopalet is determined to make them pay for their attack on him, whatever it takes and whoever gets hurt. And before long, the whole of Paris will be reeling in the wake of the terrorist atrocities of 2015 and 2016, and all the characters in this kaleidoscopic portrait of a city will be forced to a reckoning with each other.
Visa hela texten

One of the most striking literary epics of the early 21st century * L'Express * An analysis of a startling harshness, which does not lessen the relentless, furious humanity pulsing through every page, every sentence * Telerama * A final volume even more explosive than the previous ones * Les Inrockuptibles * A zigzagging novel that likes to let the intrigue wander, all the better to tug it back by the hair a few portraits later * Liberation * Reflecting our chaotic times, Vernon Subutex 3 is a powerful, shocking, captivating work. Despentes completes her epic with a rare mastery. Where will she take us next? * Figaro * Three addictive, intelligent volumes. Comedy, a way with words, and the collision of registers of language combine to make Vernon irresistible * Le Monde *

VIRGINIE DESPENTES is a writer and filmmaker. Her first novel, Baise-Moi was published in 1992 and adapted for film in 2000. She is the author of over fifteen further novels, including Apocalypse Baby (2010) and Bye Bye Blondie (2004), and the autobiographical work, King Kong Theory (2006). She won the Prix de Flore in 1998 forLes Jolies Choses, the 2010 Prix Renaudot for Apocalypse Baby and Vernon Subutex One won the Prix Anais Nin in 2015, and was shortlisted for the Man Booker International in 2018.