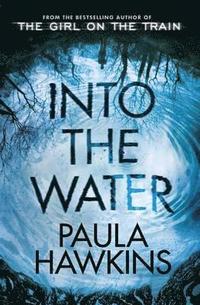 The Number One Bestseller

av Paula Hawkins
(8 röster)  |  Läs 1 recension
Häftad Engelska, 2017-05-02
219
Köp
Spara som favorit
The addictive new psychological thriller from the author of The Girl on the Train, the runaway Sunday Times No. 1 bestseller and global phenomenon. In the last days before her death, Nel called her sister. Jules didn't pick up the phone, ignoring her plea for help. Now Nel is dead. They say she jumped. And Jules has been dragged back to the one place she hoped she had escaped for good, to care for the teenage girl her sister left behind. But Jules is afraid. So afraid. Of her long-buried memories, of the old Mill House, of knowing that Nel would never have jumped. And most of all she's afraid of the water, and the place they call the Drowning Pool . . . With the same propulsive writing and acute understanding of human instincts that captivated millions of readers around the world in her explosive debut thriller, The Girl on the Train, Paula Hawkins delivers an urgent, satisfying read that hinges on the stories we tell about our pasts and their power to destroy the lives we live now.
Visa hela texten

"Wondering if Into the Water could be as good as The Girl on the Train? It's better. A triumph." * Clare Mackintosh * "Paula Hawkins does it again! Into the Water is a moody and chilling thriller that will have you madly turning the pages. A gripping, compulsive read!" * Shari Lapena * "Fans of Paula Hawkins' The Girl on the Train rejoice: her second novel Into the Water is even better. A brilliantly plotted and fast-paced juggernaut of a read that hurtles to a heart-stopping conclusion." * Good Housekeeping (Book of the Month) * "It's like PD James wrote an episode of The Wire... A twisting whodunit that leaves you both gratified and surprised (also the best kind)... Not just a brilliant thriller but also a furious feminist howl..." * Stylist * "The prose is powerful and richly descriptive. As the threads of the plot mesh together and the tension builds it develops into a brooding and complex read that deserves to make a splash in its own right." * Sunday Mirror *

PAULA HAWKINS worked as a journalist for fifteen years before turning her hand to fiction. Born and brought up in Zimbabwe, Paula moved to London in 1989 and has lived there ever since. Her first thriller, The Girl on the Train, has been a global phenomenon, selling almost 20 million copies worldwide. Published in over forty languages, it has been a No.1 bestseller around the world and was a No.1 box office hit film starring Emily Blunt. Into the Water is her second stand-alone thriller.