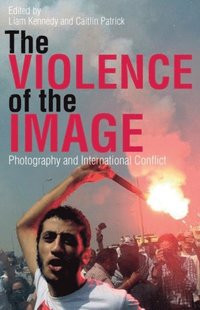 Violence of the Image (e-bok)

av Kennedy Liam Kennedy, Patrick Caitlin Patrick
E-bok (PDF - DRM), Engelska, 2014-07-23
389
Ladda ned
Spara som favorit
Laddas ned direkt
Läs i vår app för iPhone, iPad och Android
Finns även som
Visa alla 3 format & utgåvor
Photography has visualized international relations and conflicts from the midnineteenth century onwards and continues to be an important medium in framing the worlds of distant, suffering others. Although photojournalism has been challenged in recent decades, claims that it is dead are premature. The Violence of the Image examines the roles of image producers and the functions of photographic imagery in the documentation of wars, violent conflicts and human rights issues; tackling controversial ideas such as 'witnessing', the making of appeals based on displays of human suffering and the much-cited concept of 'compassion fatigue'. In the twenty-first century, the advent of digital photography, camera phones and socialmedia platforms has altered the relationship between photographers, the medium and the audience- as well as contributing to an ongoing blurring of the boundaries between news and entertainment and professional and amateur journalism. The Violence of the Image explores how new vernacular and artistic modes of photographic production articulate international friction.This innovative, timely book makes a major contribution to discussions about the power of the image in conflict.
Visa hela texten

Bloggat om Violence of the Image