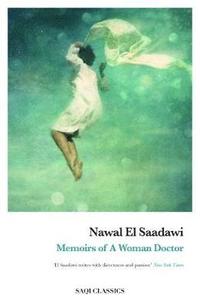 Memoirs of a Woman Doctor

av Nawal El Saadawi
Häftad Engelska, 2019-03-07
119
Köp
Spara som favorit
Skickas inom 5-8 vardagar.
Fri frakt inom Sverige över 159 kr för privatpersoner.
Finns även som
Visa alla 3 format & utgåvor
A young Egyptian woman clashes with her traditional family when she chooses a career in medicine. Rather than submit to an arranged marriage and motherhood, she cuts her hair short and works fiercely to realise her dreams. At medical school, she begins to understand the mysteries of the human body. After years of denying her own desires, the doctor begins a series of love affairs that allow her to explore her sexuality - on her own terms.
Visa hela texten

'At a time when nobody else was talking, [El Saadawi] spoke the unspeakable.' Margaret Atwood; 'The leading spokeswoman on the status of women in the Arab world' The Guardian; 'El Saadawi writes with directness and passion' New York Times; 'A poignant and brave writer' Marie Claire; 'El Saadawi has come to embody the trials of Arab feminism' San Francisco Chronicle

Nawal El Saadawi is an internationally renowned feminist writer and activist from Egypt. She is the founder and president of the Arab Women's Solidarity Association and co-founder of the Arab Association for Human Rights. Among her numerous roles in public office she has served as Egypt's National Director of Public Health and stood as a candidate in the 2004 Egyptian presidential elections. El Saadawi holds honorary doctorates from the universities of York, Illinois at Chicago, St Andrews and Tromso, and her numerous awards include the Council of Europe North-South Prize, the Women of the Year Award (UK), Sean MacBride Peace Prize (Ireland), and the National Order of Merit (France). She is the author of over fifty novels, short stories and non-fiction works centering on the status of Arab women, which have been translated into more than thirty languages.