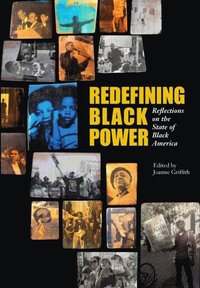 Reflections on the State of Black America

av Joanne Griffith, Michelle Alexander, Van Jones, Vincent Harding
E-bok (EPUB - DRM), Engelska, 2012-02-28
149
Ladda ned
Spara som favorit
Laddas ned direkt
Läs i vår app för iPhone, iPad och Android
The Obama presidency represented a major milestone in African American history. The very presence of a black First Family had a profound cultural impact, but did the Obama White House actually addressed any of the ongoing issues faced by Black America? Did communities of color organized sufficiently to voice their concerns? How could lessons learned from past freedom struggles guide the organizing that's needed to meet today's opportunities and challenges?To explore these questions in depth, international journalist Joanne Griffith traveled the country to interview black intellectuals, activists, authors and educators, including former advisor to former President Obama, Van Jones; civil rights advocate and litigator, Michelle Alexander; economist, Julianne Malveaux; and friend and speech writer for Dr. Martin Luther King, Jr., Dr. Vincent Harding.The result was a wide-ranging exploration of the hot-button issues facing America today, from economics, education and the law, to the cultural impact of mass media. Timely and rich in personal wisdom, Redefining Black Power connects the dots between past freedom struggles and the future of black civic and cultural life in the United States.&quoteRedefining Black Power [was] an important, historical rumination on race, class, power and politics in the Age of Obama. The conversations . . . are thoughtful, probing, nuanced insights into the state of African American political power at this historic moment. The book raises challenging questions, but rather than offer definitive answers, it provokes the reader to personally define 'Black power' and inspires all of us to continue the work of 'deepening the meaning of democracy.'&quoteWade Henderson, president and CEO of The Leadership Conference on Civil and Human Rights&quoteJoanne Griffith is a superb journalist! She writes, speaks, and interviews with great skill, sincerity, and sensitivity to those she covers. Joanne has made it in a tough journalism worldone where the white males, working for wealthy news organizations, have the advantages. Her writings and insights are a lesson to all. She reflects President Obama's spirited call of 'fired up, ready to go!'&quoteConnie Lawn, Senior White House Correspondent (since 1968)&quoteInternational broadcast journalist Griffith draws on the archives of radio interviews with black intellectuals to offer a perspective on how the election of the nation's first black president has changed notions of black power and ideas of a multicultural democracy. . . . Griffith provides context for each excerpted interview, adding to the texture of the analysis of changing perspectives on contemporary black power.&quoteBooklist&quoteGriffith concludes by wondering if progressives have been 'lulled into a satisfied slumber' by Obama's election, and whether Dr. King's ambitions have been betrayed by this complacency. Multifaceted discussions regarding the challenges faced by African-Americans during the Obama presidency.&quoteKirkus ReviewJoanne Griffith is an award winning international broadcast journalist who has reported, produced and hosted programs for the British Broadcasting Corporation, National Public Radio and the Pacifica Radio Network. Joanne has spent her career telling the stories of tragedy and triumph throughout the African Diaspora; from voting rights in the United States, the legacy of slavery in the Caribbean, the contribution of immigrants to the United Kingdom and the politics of food and power in southern Africa.
Visa hela texten