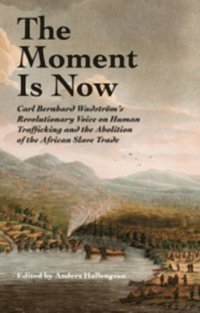 av Hallengren Anders Hallengren
E-bok (EPUB - DRM), Engelska, 2019-07-15
119
Ladda ned
Spara som favorit
Laddas ned direkt
Läs i vår app för iPhone, iPad och Android
The Moment Is Now: Carl Bernhard Wadstrom's Revolutionary Voice on Human Trafficking and the Abolition of the African Slave Trade represents the efforts made by a wide variety of international scholars to give voice to the spirit of Swedish-British humanitarian cooperation that abolitionist and author Carl Bernhard Wadstrom (1746-99) started in London in the 1780s and '90s. Particularly focusing on Wadstrom's often-overlooked life, work, and impact, this book demonstrates how the historical accounts and arguments related to the slavery issue can inform our modern understanding of human trafficking, racism, and systemic violence.The Moment Is Now includes the proceedings of The International Carl Bernhard Wadstrm Conference on Human Rights and the Abolition of Slavery, which was held in London on June 2-4, 2015. Accessing source materials in different languages that were previously scattered throughout English, French, and Swedish archives, the scholars involved have been able to successfully investigate Wadstrm's work and influence in such diverse areas as economics, science, abolitionism, travel writing, African colonial history, Swedenborgianism, philanthropy, utopianism, and human rights.As its title makes clear, this book not only offers a glimpse into a significant moment in history but also serves as a call to action and a primer to be used in the here and now-a guide from which we can learn how to deal with those horrific forms of human oppression that Wadstrm and others like him sought to bring to an end.The Moment Is Now is the twenty-second installment in the Swedenborg Studies scholarly series.
Visa hela texten