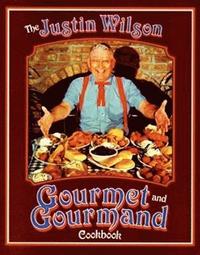 Justin Wilson, always dapper in suspenders and a bow tie, was the author of several books. He starred in three acclaimed cooking series that aired on more than 300 PBS stations nationwide. The Cajun comedian produced 27 comedy albums that charmed audiences and, at one point, even outsold Elvis Presley. Wilson passed away on September 6, 2001, but his spirit lives on through the recipes he shared and the programs he made during his lifetime, which continue to air on PBS affiliates.