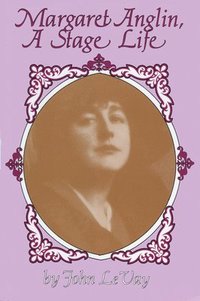 av John Peter Levay
Inbunden Engelska, 1989-01-01
279
Köp
Spara som favorit
From Margaret Anglin's birth in 1876 in the Speaker's suite of the Canadian House of Commons, to her death in Toronto in 1958, Margaret Anglin: A Stage Life is a lively biography researched from personal sources and theatre periodicals of the times. Author John Le Vay gives us glimpses of the rich and colourful personal life behind the stage persona. Called "Canada's greatest actress" by Herbert Whittaker, Margaret Anglin succeeded in winning critical acclaim for her sensitive portrayals in Shakespearean comedy and Greek tragedy. In more contemporary productions she was praised for her work with actor-managers James O'Neill, E.H. Sothern, Richard Mansfield, and Henry Miller, and playwrights Somerset Maugham, H.A. Jones, and Paul Kester.
Visa hela texten

John Le Vay brings a special personal touch to her biography as well as a wide knowledge of early 20th century theatre. Dr. Le Vay was educated i Toronto and at the University of London. Now with the Department of English at York University, he is the co-author two books of verse, Instead of Ecstasy and False Asphodel, with Roxanne Le Bay. He also collaborated with D.R. Strickland on Wildflowers of Algonquin Park, and has contributed articles on English literature and natural history to a number of Canadian and American journals.