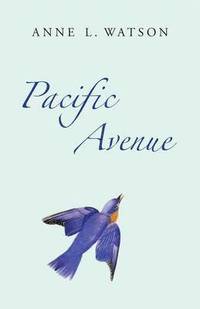 av Anne L Watson
Häftad Engelska, 2008-02-01
259
Köp
Spara som favorit
Skickas inom 10-15 vardagar.
Fri frakt inom Sverige för privatpersoner.
Finns även som
Visa alla 1 format & utgåvor
Where do you go from the end of the line? This is the question facing Kathy Woodbridge as she steps off the bus in the port city of San Pedro, California. Nineteen years old, from Louisiana, she is running away from her past. There's a lot to run away from. || What do you do when there's no one to do for? That's what Lacey Greer wants to know, with her only child off at college. When Kathy gets a job at the office where Lacey works, she can tell that Kathy's in trouble. Lacey's husband advises her to stay out of it--but what's she supposed to do, buy a rocking chair? || Set in San Pedro, Baton Rouge, and New Orleans in the early seventies, Pacific Avenue explores themes of love, belonging, helpfulness, hope, forgiveness, reconciliation, interracial marriage, and healing from the trauma of war. At the end of the line, will Kathy find a way to return home? / / / / / / / / / / / || Anne L. Watson, a retired historic preservation architecture consultant, is the author of several novels, plus books on such diverse subjects as soapmaking and baking with cookie molds. Anne has lived at various times in New Orleans, Baton Rouge, and San Pedro, California, the settings of "Pacific Avenue." She currently lives in Friday Harbor, Washington, in the San Juan Islands, with her husband and fellow author, Aaron Shepard, and their cat, Skeeter. / / / / / / / / / / / || CHAPTER 1 || I chose a window seat on the Greyhound, but I didn't look out. For almost the whole trip, I stared at the rough tan upholstery of the seat in front of me. It had a rip on one side and three dark stains. || A woman settled into the aisle seat. She raised her footrest, but it clunked back down. When I glanced her way, she caught my eye and smiled."How do you make these things stay put?" she asked. || I meant to answer -- the words were lined up in my mind. But before I could say them, they slipped apart like beads when the string breaks. I gave up and studied the seat cover again. Still tan, still ripped, still stained. The next time I looked, the woman was gone. || Evening came, but I didn't use my reading light. Late at night, awake in the breathing dark, I imagined running my fingers over the seat back, erasing the stains, mending the seam. In the morning, I almost believed I could fix it. So, I took care not to touch it, not to find out for sure. || In the afternoon, the bus left the freeway and crept through downtown traffic. I turned then, and peered through the mud-spattered window. As far as I could see, Los Angeles was a city of warehouses. I sank back into my seat. || When we reached the station, I claimed my suitcase and dragged it through the waiting room to the street. Outside I found blank walls and empty sidewalks. No direction and no one to ask. || Well, I ran away from college, then from New Orleans, and then Baton Rouge. Is it too soon to run away from here? || The traffic light at the end of the block turned green, and cars passed me by. When a city bus stopped and opened its doors, I climbed on. I couldn't think what else to do. || I paid the fare and took a seat near the front. Even though I pulled my suitcase aside, it poked out into the aisle. More people piled on at every stop, and all of them had to squeeze past it. I expected everyone to glare, but nobody gave me a second glance. || The bus started, stopped, started again. We passed through neighborhoods with trees and shops. The crowd thinned as passengers got off, going home. Should I get off too? No, not here. Where? Next stop, no, the one after. No, not that one. Every stop would be a whole different life, a different second chance. || Choose, choose. I couldn't. I rode till the bus pulled over and parked. || "Seventh and Pacific, San Pedro, Port of Los Angeles," called the bus driver. He turned to me and added, "End of the line, Miss."
Visa hela texten