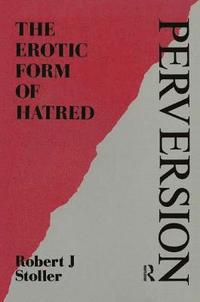 Why in this enlightened day would one choose to entitle a work Perversion, a term that is becoming passe? The great research published in the last decade or two has taught us that aberrant sexual behavior is found in other species, is ubiquitous in man, and is the product of brain and hormonal factors that can function independently of anything we might call psyche. Then too, their findings make researchers regret society's moral stance that sexual aberration is unnatural - sinful - and the repressive social action that follows. Thus, in ridding ourselves of the concept of perversion, we have the tempting combination of good research serving a humane cause. Yet it is my contention, explored in the body of this book, that perversion exists.The connotations of the word are unpleasant and have a flavor of morality and therefore of free will that is antiquated in these days of science and determinism. It is to avoid such connotations that the softer terms "variant", "deviation," or "aberration" are used. More and more these days, decent people - many of them scientists - are concerned about the price their fellows, and even more, whole societies, pay in their effort to suppress victimless aberrant sexual behavior. And so, in the name of decency, it has become the style, using the trappings of Science, to try and get rid of the concept of perversion. This is done not only by changing the terms to ones with less severe implications but by trying to show that there are no (or very few) states that fit the nasty connotations of "perversion". These workers reach their conclusions by objective means that they feel avoid the dangers of introspective material, such as by studying brain mechanisms an animal and man, which reveal capacities for aberrant behavior inherited and laid down in hormonal organizations of the central nervous system: by statistics that unmask how widespread are those allegedly heinous acts; by anthropological studies that show aberrant sexual behavior to have been the usual - not the exceptional - throughout history and across cultures; and by observation of or experimentation on intact animals. In all these cases, data have been gathered disclosing that aberrant sexual practices are found throughout the animal species and are ubiquities in human behavior. It is easy, then, to conclude that the widespread aberrance in man does not really signify willed behavior - that is, sinfulness, disobedience to accepted morality - but rather a natural tendency of the sexual impulse in the animal kingdom.From the Introduction by the Author

Introduction -- Definition -- Definitions -- Impact of New Advances in Sex Research on Psychoanalytic Theory -- Variants: Aberrations That Are Not Perversions -- Perversions: Aberrations That Are Not Variants -- Dynamics: Trauma, Hostility, Risk, and Revenge -- Pornography and Perversion -- Hostility and Mystery in Perversion -- Perversion: Risk versus Boredom -- Symbiosis Anxiety and the Development of Masculinity -- A Crime as a Sexual Act -- Social Issues -- Is Homosexuality a Diagnosis? -- Sex as Sin -- The Necessity of Perversion