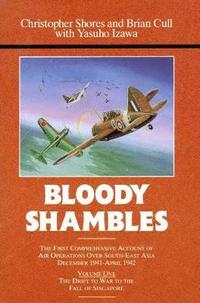 Volume One: The Drift to War to the Fall of Singapore

Christopher Shores served in the ATC and RAF during the 1950s and produced his first book in 1966. Since then he has produced an average of one book per year on aviation subjects, plus many articles, aircraft monographs, and similar works. By profession a chartered surveyor, Christopher Shores worked in the commercial property market for more than 40 years. Retired in mid 2000, he continues to be a consultant, but is now able to devote much more of his time and energy to aviation research and writing. He lives in Dorset, England.Brian Cull has written and co-authored more than 20 books on the air war of 1939-45. He lives in Suffolk, England.