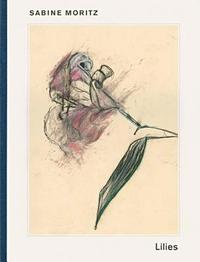 av Sabine Moritz, Adam Zagajewski
Häftad Engelska, 2011-10-27
689
Köp
Spara som favorit
Following her 2010 publication dedicated to roses, Cologne-based artist Sabine Moritz here turns her attention to lilies, which she first began depicting in the mid 1990s. Working on paper to produce fifty-nine charcoal, pastel and oil pastel drawings, similiarly she often approaches works as studies or exercises in observation and representation. During the development of this publication, which was originally conceived as a collection of Moritz s drawings of lilies, the artist had the idea to introduce another ongoing body of work drawings of objects alongside the lilies. These objects are primarily statues, statuettes and figurines hand-made works of art from different periods in history, such as a classical torso, an African figurine, and a Buddhist head. Moritz s drawings of objects reflect a range of ideas and registers, moods and sentiments. Including the objects alongside the lilies opens up questions of time, life, death, belief, truth, human psychology and the very process o
Visa hela texten

Cologne-based artist Sabine Moritz began her studies in 1989 at the Hochschule Offenbach and continued from 1991 at the Kunstakademie Dusseldorf. Since completing her studies, she has produced several artist books and exhibited in a variety of solo and group exhibitions both in her native Germany and internationally. In 2011 she presented solo shows of her works at Kunsthaus Sans Titre, Potsdam, and Golden Square Gallery, London. Matt Price is a writer, curator and editor from Birmingham, UK. He has written for magazines including Flash Art, ArtReview, Art Monthly, Modern Painters and Frieze, contributed texts to monographs on artists including Adrian Ghenie, Anish Kapoor and Justin Mortimer, and curated exhibitions at venues including Palais de Tokyo, Paris, Prague Biennale 5 and Birmingham Museum and Art Gallery. He has edited publications for publishers including Phaidon, Rizzoli and Heni Publishing.