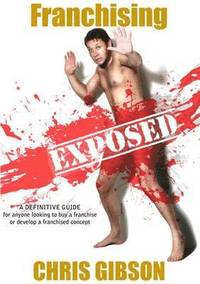 av Chris Gibson
Häftad Engelska, 2011-01-01
229
Köp
Spara som favorit
Have you ever heard the word franchising but don't really understand what it could mean to you? Whether you are considering buying a franchise or you want to franchise your business, this manual explains how to make the right decision. Essential advice for franchisees and franchisors is contained in this reference, so both sides can understand how to get the best from a partnership
Visa hela texten

Chris Gibson has been at the forefront of the global franchise industry for over ten years. There isn't anything he doesn't know about operating a succesful franchise business. A regular contributor to the industry press he has appeared on television and is an accomplished orator, speaking regularly at conventions, lectures and on radio. He travels the world as an academic instructor for independant business owners, corporations, investment banks and educational institutions.