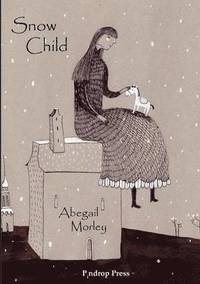 av Abegail Morley
Häftad Engelska, 2011-10-25
149
Köp
Spara som favorit
Abegail Morley is guest poetry editor at The New Writer. Her collection How to Pour Madness into a Teacup (Cinnamon 2009) was shortlisted for the Forward Prize Best First Collection (2010); the title poem was previously nominated for Best Single Poem.
In this startlingly original collection, wallpaper lifts its lip and snarls, questions hide in pockets, a thief steals the letters from a woman's name. Here are poems that speak of the darkness of menace, betrayal, grief in language that is as bright, as fluid as quicksilver; they also speak of what it is to survive these ordeals, to pin them wriggling to the page.
"Abegail Morley's 'Snow Child' gifts us bold, unflinching, memorable poems, dazzling in their precision and clarity. This is a poet who faces life's wonders, complexities and losses head-on, and invites us on a lyrical journey which will, at times, take our breath away."
Catherine Smith, 'Next Generation' poet, author of The New Bride, The Butcher's Hands and Lip (Smith Doorstop) and The Biting Point (Speechbubble Books).
"At the heart of Abegail Morley's powerful second collection is a deep sense of loss. The poems work at countering that loss with tangible visceralimages that both disturb and sing with their own gorgeousness. Morley has captured just what it feels like to be living inside a skin so thin, the sun burns right through in all its lucid glory."
Helen Ivory, whose third Bloodaxe Books collection is The Breakfast Machine'
"Intensely personal poems of love, desertion, obsession, written with great skill and delicacy yet with a disturbing sparsity and uncanny detachment. Snow Child is a captivating and impressive collection."
Malcolm Carson, poet, editor of Other Poetry
Visa hela texten