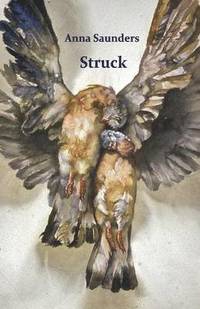 av Anna Saunders
Häftad Engelska, 2014-03-01
149
Köp
Spara som favorit
Struck is an intricate weave of images held before reality, its threads held together by a recurrent series of physical materials and ideas - birch, skin, writing, above all silk which describes the weave itself. There is too a sustained symbolism of colour - of brown and blue and grey - a symbolism which, though it never hangs heavy over the poems, is nevertheless strong enough to cope with the weightiest subjects: love, physical nature, violence and - in a powerful and lucid closing sequence about the poet's father - death. Not a single image or symbol is wasted or forgotten. What stays with you at the end is not so much the subjects or the myths the poems draw on - Danae, Zeus, Van Gogh, the figures from Chagall, compelling as those are, - as the astonishingly original and fresh technique of a poet of quite remarkable gifts.'
Bernard O'Donoghue
Visa hela texten