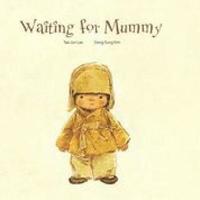 av Tae-Jun Lee
Inbunden Engelska, 2006-04-01
129
Köp
Spara som favorit
Skickas inom 7-10 vardagar.
Fri frakt inom Sverige över 159 kr för privatpersoner.
Book of the Year in Korea, Waiting for Mummy is a deceptively simple story of patience rewarded. A child waits for his mother at a tram-stop. Trams come and go, people alight, yet her devoted son waits stoically and patiently, even as a snowstorm gathers. A new edition of a 1938 story by one of Korea's best-loved writers, Tae-Jun Lee, Waiting for Mummy has been a publishing sensation since its re-release with Dong-Sung Kim's illustrations. It won the major Baeksang Publishing Award and was nominated as 'Book of the year' by each of Korea's three major national newspapers. It was also shortlisted for Germany's major kids book prize, the Deutscher Jugendliteraturpreis. This is the first English language edition.
Visa hela texten

Tae Jun Lee wrote his most famous stories, including many for children and young adults, during the 1930s. His works are well-loved in Korea for their poetic prose and emotional sensitivity. After Korea's liberation in 1945, Lee settled in North Korea and was a war correspondent during the Korean War (1950-1953). Contemporary Korean artist Dong-Sung Kim was born in 1970 and graduated from Hong-ik University, Seoul, with a major in Oriental Painting. He has illustrated several children's picture books, including Waiting for Mummy, which is painted on han-ji (traditional Korean paper), using traditional muck-sun (Chinese ink line) techniques. Dong-Sung Kim lives in Seoul with his wife and son.