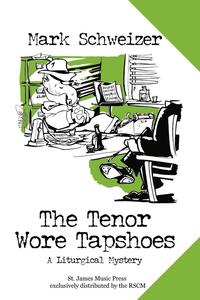 av Mark Schweizer
Häftad Engelska, 2005-07-01
169
Köp
Spara som favorit
Skickas inom 10-15 vardagar.
Fri frakt inom Sverige för privatpersoner.
Hayden Konig leads a charmed life. He's rich, he loves his full-time job as Police Chief in the little mountain town of St. Germaine, NC, as well as his part-time employment as the organist and choirmaster at St. Barnabas Episcopal Church. He's also working on his third detective story and is convinced that purchasing Raymond Chandler's typewriter and using it to compose his opus will impart some magic to his demented prose. He couldn't be more mistaken.

Until a body is found inside the altar of St. Barnabas, the biggest crime that Hayden has had to deal with is the theft of "The Immaculate Confection", a cinnamon bun that looks like the Virgin Mary. The body, however, turns out to be one of the "incorruptibles," and has been in the altar for over sixty years.

Added to this, a tent evangelist has come to town - Brother Hogmany MacTavish - and he's having revivals every night featuring Binny Hen the Scripture Chicken, a chicken that chooses the scriptures for Brother Hog's sermons.

As All Saints Day approaches, Hayden and his friend Pete are coerced into attending the "Iron Mike Men's Retreat," but when another murder takes place in St. Germaine, it's time to get serious. Could the bounty hunter called in to find the "Immaculate Confection" have something to do with it?
Visa hela texten