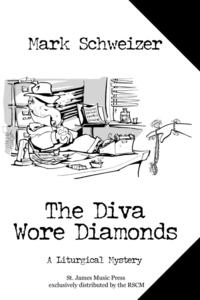 Detective Hayden Konig has a great job in the little village of St. Germaine, North Carolina. He also has a loving wife, a fulfilling avocation as a choir director, friends, the respect of his peers, a house in the woods, a dog, a few guns, a 1962 pick-up truck, and more money than he can stuff into a feather-tick mattress. In short, he is living the Appalachian Dream.

In spite of his prosperity and good fortune, he still has one ambition left to realize-that of becoming a hard-boiled, crime writer. To further that goal, he's spared no expense in buying Raymond Chandler's typewriter, his hat, and innumerable Cuban cigars. It doesn't help.

St. Barnabas Day is reason for celebration! The new, rebuilt church has risen like an angel food souffle and is playing host to parishioners and dignitaries alike, but when a time-capsule from 1900 is opened during the festivities, the discovery throws the whole town into a tither. Toss in a murder, a Prayer Vigil that goes horribly wrong, the return of Brother Hog, Bible School terrorists, and a Children's Choir performance of an unknown Henry Purcell masterpiece, and St. Barnabas Episcopal Church will never be the same.
Visa hela texten