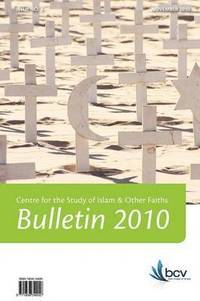 av Peter Riddell
Häftad Engelska, 2010-09-01
169
Köp
Spara som favorit
Skickas inom 5-8 vardagar.
Fri frakt inom Sverige för privatpersoner.
This Bulletin issue predominantly considers the study of Islam and Christian-Muslim relations. The first two articles provide different angles on the question of unity and diversity within the world of Islam, considering the elements of "glue" that bind the rich variety across the Islamic world. The remaining articles present papers delivered at two very different conferences. The articles on the Hadith and the Da'iyya were presented as papers by CSIOF researchers at an inter-institutional Day Conference held at the Australian Catholic University in Melbourne on 4 August 2010. One year earlier, on 2-3 October 2009, a conference was held in Melbourne to mark the centenary of the great 1910 Edinburgh missions conference. The Melbourne gathering is described in the editor's brief contribution, followed by the two plenary addresses. Two communiqus follow, providing windows into Christian- Muslim issues in Germany and Britain. Then comes a series of reviews of books and films, covering wide-ranging topics and locations of relevance to the study of Islam. This issue of the Bulletin concludes with a summary of news and activities from the CSIOF over the last twelve months.

COMMUNIQUS
Graduate Seminar in Theology in Stuttgart
The Islamic Republic of Britain? A Personal Odyssey

REVIEWS
The Story of the Qur'an
The Banquet: A Reading of the Fifth Sura of the Qur'an
Approaches to the Qur'an in Contemporary Indonesia
Islamic Legal Thought in Modern Indonesia
God's Battalions
World of the Spirits
The Wedding Song
The Third Choice
A God who Hates
The World Turned Upside Down
Another Attack on the Reliability of the Bible