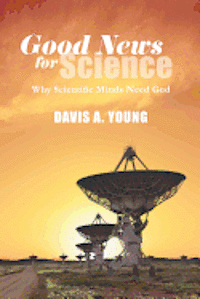 Bridging the fields of natural science and religion, Good News for Science: Why Scientific Minds Need God invites members of the professional scientific community, graduate, undergraduate, and high school science students, science teachers, and members of the general public who are interested in the natural sciences to embrace the Christian faith personally. Employing the theme of good news, this book challenges readers to ponder the question of life after death as a gateway to the overall claim that Christianity, at its best and most consistent, bears good news for both science and the scientist. On the one hand, Christianity, far from being antithetical to science, supplies the rational foundation that makes the scientific enterprise possible. On the other hand, the central message of Christianity brings a firm hope to scientists as individual persons in meeting their deepest needs and desires for genuine significance, purpose, goodness, forgiveness, justice, and relationship with the Creator. In presenting his case, the author eschews pseudo-science and treats with great respect the discoveries of contemporary mainstream natural science, including an ancient universe and Earth, biological evolution, and the standard model of cosmology. The text adopts an informal, personal, conversational style. Good News for Science will be of interest not only to the general scientific community but also to Christians who are seeking a resource to use in presenting Christian faith to scientifically knowledgeable individuals.
Visa hela texten