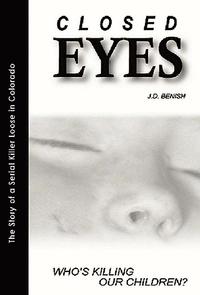 av James Benish, Katherine Seifner
Inbunden Engelska, 2008-04-01
269
Köp
Spara som favorit
Skickas inom 10-15 vardagar.
Fri frakt inom Sverige för privatpersoner.
Finns även som
Visa alla 1 format & utgåvor
"Closed Eyes; Who's Killing Our Children" is a story of four individual child abductions that have found no closure for the families to this day. This is a factual story with an emotional element that starts with a cold case investigation into the abduction of seven year-old little Tracey Neef from the grounds of her school in 1984. Tracey was found raped and dead a few short hours later in the cold of a Colorado winter. The author follows a trail of the bodies of children left behind by a skilled pedophilic predator and culminates with the murder and rape of JonBenet Ramsey.
As each crime is researched numerous suspects surface. Circumstances, witness statements and trace evidence point to only one of these suspects. Although the author has obtained a legal opinion that the public has a right to know the identity of this suspect, his last name has been deleted from the manuscript.
James Benish presents the facts of these cold case child murders in sequential order from the time of the abductions, through the years of neglected follow-ups, ignored leads, and dismissal of evidence and testimony that have left these murders in the ranks of the unsolved. This is the first time in recent history that anyone has suggested with credible logic, that there is a serial killer loose in Colorado.
Visa hela texten