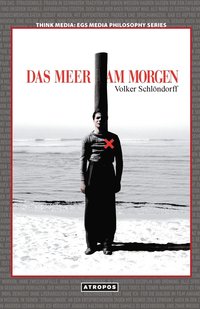 av Volker Schl Ndorff
Häftad Tyska, 2012-10-23
209
Köp
Spara som favorit
Skickas inom 10-15 vardagar.
Fri frakt inom Sverige för privatpersoner.
Anthony Oliver Scott, chief film critic of The New York Times, praised Schlöndorff for "the politically urgent, ethically complex and clear-sighted filmmaking that marks his strongest work." With Calm at Sea Schlöndorff was able to focus all his skills as a filmmaker and his personal experiences to create a very moving and historical accurately told story and to confront the audience with the complexity of a historical event, which marks one of the darkest chapters in the relations between Germany and France. In October 1941, during the German occupation of France in World War II, a German officer was killed in the city of Nantes by young communist members of the resistance, Hitler ordered the execution of 150 hostages. In France this event is well known. The youngest victim, only 17 years old, Guy Môquet, is still today an patriotic icon.

Based on contemporary documents including the writings of Ernst Jünger and the French journalist Pierre-Louis Basse, Schlöndorff's film shows the terrible events on different levels and from different point of views. There are cowards and heroes, but mostly human beings who are clueless caught in a net of narrow-minded views, fanatical ideas and bureaucratic interdependences. Schlöndorff shows the contradictional panorama of all these different motivations and attitudes culminating in a tragical juxtaposition of blind obedience and desperate hope on both sides . "It's just a little story," Schlöndorff says on his film, "but immense great because of the courage which show many involved, merciless in its curse as a Greek tragedy and almost incomprehensible in today's Europe. Who ever is tired of Europe should remember where we come from!"
Visa hela texten