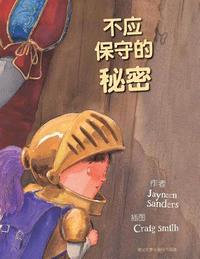 "there are books that come along that are a 'must read' for your kids, and this is one of them." ... "it's really important to own this book for you and your family. it handles a very difficult (and uncomfortable) subject in a sensitive and age appropriate way and provides a chance to discuss it with your children." --tacklenappy.com/features/reviews/item/327-tacklenappy-book-review ... "there is a children's book that you must get if you have any children in your life. whether they are your children or someone else's, please help make the topic of childhood sexual abuse just ever so slightly easier to broach with them by using this remarkable tool." "get the book, read the book and most importantly, talk about the book with your children." "anything that might help protect your children from the hands of a sexual predator is a priceless investment." --togetherweheal.wordpress.com/2012/11/24/some-secrets-should-never-be-kept/ "this is a skilfully written and beautifully illustrated book which covers the subject of keeping young children safe from sexual abuse. written as a tool to help parents, caregivers and teachers broach the subject in a non-threatening way, it sensitively weaves the important facts into a story that young children will find accessible." --littleparachutes.com/book.php?id=571 "our family has felt more empowered to address the issue of sexual abuse through having this resource, "... --momentsaday.com/protecting-children-against-sexual-abuse/ "i'm often asked for resources for children to help them protect them from possible sexual abuse. there has been nothing i could recommend. until now." "melbourne author, primary school teacher and mother, jayneen sanders, has filled the gap by publishing a picture book for children titled 'some secrets should never be kept'." --melindatankardreist.com/2012/04/some-secrets-should-never-be-kept-new-book-to-help-parents-and-kids-discuss-inappropriate-touch/

Jayneen (aka Jay Dale) is an experienced early years educator, author and publisher.

She started her teaching career in the 1980s as a primary school teacher in rural Australia. She then moved to Melbourne and taught at a number of inner-city schools.

In 1985, Jay had a change of career and became an educational editor and publisher.

In the early 90s, Jay and her partner moved to Japan to work as English teachers. They lived and worked in Japan for over three and a half years. In fact, Jay's first daughter was born there.

On returning to Australia, Jay began work as an educational author/packager. Since that time, she has authored and produced numerous award-winning titles for the educational publishing industry. Jay is also an accomplished children's book author, writing a number of titles for such literacy series as ZigZags, Totally Kidz, Deadly and Incredible, and a children's picture book series for Penguin.

She is currently working with an educational publisher as lead author of a literacy series. Jay has written over 100 titles in that series.

Jay is a mother of three daughters and was a school councillor at her local school for over seven years. This time spent in schools both as a teacher and a parent inspired her to ask the question of her community: 'What are we doing in schools to protect our children from unsafe touch?' When she realised very little was actually being done, she decided to use her authoring and publishing skills to write Some Secrets Should Never Be Kept to help parents, carers and teachers to broach the subject of self-protection and to encourage children to speak up.

After the encouraging response to Some Secrets Should Never Be Kept, she realised there was a need to further build upon the idea of children not keeping secrets about unsafe touch. Jay participated in Protective Behaviours professional development and attended numerous conferences on the topic to educate herself in how to keep children safe and provide them with prevention education. Jay then went on to develop and publish a comprehensive Body Safety and Respectful Relationship Teacher's Resource Kit as well as writing several more children's books on the topics of Body Safety, consent, respect, body boundaries and gender equality. Jay's ongoing passion for the safety and empowerment of children continues today with new manuscripts and free-to-download Body Safety resources always in the wings.