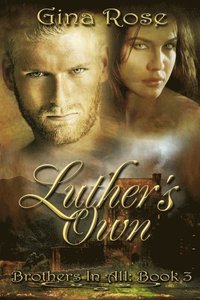 Luther's Own: Brothers In All E-bok

av Gina Rose, Brian Cross, Sybrina Durant
E-bok (EPUB - DRM), Engelska, 2015-04-01
45
Ladda ned
Spara som favorit
Laddas ned direkt
Läs i vår app för iPhone, iPad och Android
Betrothed? Waking with amnesia, this is what Luther Rollins was being told as he was lead to Gretna Green to be married over the anvil by one of the most beautiful women he had ever seen. How could he forget such a beauty? How could he believe her story? Was it true that he was a no good wastrel who put his friends, women and drink ahead of his responsibilities? Roslynn prayed that Luther would never get his memory back because if he did, he would surely run away from her again once he learned that she had kidnapped him.
Visa hela texten