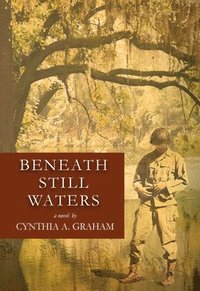 av Cynthia A Graham
Häftad Engelska, 2015-03-31
169
Köp
Spara som favorit
The swamps and bayous around Cherokee Crossing, Arkansas have always been dark and mysterious, but on this summer day two boys stumble across the remains of a baby girl, headless and badly decomposed. Hick Blackburn, a reluctant sheriff with a troubled past is called to the scene. With nothing to go on except the baby's race and sex, the task of discovering who she is and how she died challenges all of Hick's investigative skills. But Hick faces a deeper challenge. The vision of the infant has left him shattered, a reminder of a war crime he has tried to lock away, a crime that has begun to eat away at the edges of his life, destroying him one relationship at a time. With the aid of his deputies, Hick will begin to piece together his investigation, an investigation that will lead him to question everything. As he is forced to examine the town he grew up in, he will come to terms with the notion that within each of us lays the propensity for both good and evil. His investigation will turn up lies and ignorance, scandal and deceit, and the lengths a mother will go in order to hide her shame.
Visa hela texten