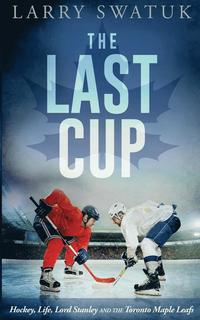 av Larry Anthony Swatuk
Häftad Engelska, 2016-07-15
169
Köp
Spara som favorit
Skickas inom 3-6 vardagar.
Fri frakt inom Sverige för privatpersoner.
Jack is 80 years old. He's just suffered an on-ice heart-attack while playing shinny down at the local arena. Jack's wife, Mary, is on a special United Nations peacemaking mission to the Middle East and cannot be reached. While Jack is laid up in hospital he reflects on his life in hockey, both as a player and as a fan. Along with his friends, they weigh in on the state of the game, while watching the 2037 Stanley Cup Finals. Jack's nephews Logan and Andrew ply their trade with the Toronto Maple Leafs. Logan is the Leafs' captain and number one centreman. Andrew is the starting goalie. As the backbone of the team, these two long-time NHL veterans have led the Leafs to the Finals for the first time in 70 years. Standing between Lord Stanley and the Toronto Maple Leafs are the formidable Montreal Canadiens, winners of the Presidents Trophy. Will Jack survive? Will Mary bring peace to the Middle East? And, most importantly, will Logan and Andrew bring the Stanley Cup home to Toronto for the first time since 1967? A mixture of fiction and memoir, The Last Cup is also a rumination on life, love, the exhuberance of youth, the difficulties and delights of aging and, above all, friendship.
Visa hela texten

'To a natural storyteller, the ultimate compliment you can pay is to ask what happens next. Could not put it down. On the ice, in the locker room, around the fireplace, Swatuk is note perfect in this authentic tale of passion, dreams, and the love and thrill of the game. A beauty.'
Smashwords (starred review)

Larry Swatuk was born in Riverside, Ontario, a small town swallowed up by Windsor in 1967. Like many Canadian boys of his generation, he dreamed of a career in the NHL. And, like most Canadians of all generations, that did not happen. Nevertheless, he has managed to play some version of hockey - be it ice or inline - in different leagues at different levels on three continents. And he has happily watched many of his friends make it to the big time, both in North America and Europe. He keeps a day job as an academic, plying his trade at the University of Waterloo, in Waterloo, Ontario. He is married to Dr. Corrine Cash and they live for most of the year in Kitchener/Waterloo, but spend large chunks of their time in Africa and Europe. In the late 1980s he was awarded the Joseph Howe Prize for Poetry at Dalhousie University. In the intervening 35 years he has written and published a great many things, but this book is his first work of fiction.