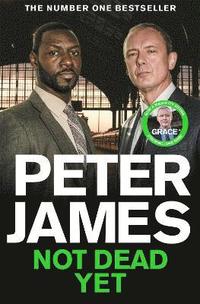 No one can deny James's success as a crime novelist . . . The Grace stories almost always go to the top of the bestseller lists, not least because they are supremely well-told. James writes meticulously researched police procedurals, so informed that you can smell the canteen coffee . . . enthralling * Daily Mail * Peter James is one of the best crime writers in the business -- Karin Slaughter

Peter James is a UK number one bestselling author, best known for writing crime and thriller novels, and the creator of the much-loved Detective Superintendent Roy Grace. Globally, his books have been translated into thirty-seven languages. Synonymous with plot-twisting page-turners, Peter has garnered an army of loyal fans throughout his storytelling career - which also included stints writing for TV and producing films. He has won over forty awards for his work, including the WHSmith Best Crime Author of All Time Award, the Crime Writers' Association Diamond Dagger and a BAFTA nomination for The Merchant of Venice starring Al Pacino and Jeremy Irons for which he was an executive producer. Many of Peter's novels have been adapted for film, TV and stage.