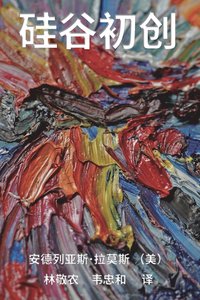 
The second edition has a new 30-page chapter on acquisitions: how to sell your startup. Based on interviews with founders, investors, lawyers, VCs, and investment bankers, all of whom have done several sales (some have done dozens of acquisitions). This shows the reality of acquisitions.

This book isn't a theory of startups by a university professor or a VC who has never actually built a startup. No business school blah-blah-blah, overheated Wall Street yadda-yadda, or lots of pages on stuff you'll never do.

This is the reality of Silicon Valley startups: what it's like to build a startup and how to deal with problems. The book dismisses many popular ideas about startup strategies because those sound nice, but founders don't really use them. Instead, this book covers what founders have seen to actually work.

Startup is based on interviews with twenty-six startup founders (men and women) who are doing startups in Silicon Valley, France, Germany, Cote d?Ivoire (West Africa), China, Colombia, Denmark, Hawaii, India, Jakarta, South Korea, Spain, and the US. This is the only book that covers how startups are built in India, South America, Africa, Europe, and China. What works in Silicon Valley often doesn't work in other countries. They have to solve the problems of startups in unique, local ways. The book shows you how it's done in Silicon Valley and other places so you can get ideas for YOUR startup in YOUR country and city.

The book also includes hundreds of comments and observations from founders. Useful ideas, warnings, and helpful tips. Some of the founders have done three or four startups and they talk about what they've learned.

That's why the book has been translated in French, Korean, and Spanish (Chinese coming soon). I want to encourage people everywhere to build startups.

Andreas has done several startups and has worked at more than two dozen startups. He is an advisor to a handful of startups and is on the board of a startup creator. Andreas teaches digital marketing at a French business school and is a frequent speaker on technical topics for SV startups. He graduated from the Universitaet Heidelberg and lives in Palo Alto with his wife and cat.
Visa hela texten