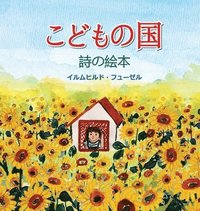 From colorful balloons and swiftly soaring kites to brave sailors, good friends, cute forest animals, and mysterious mythical creatures, 22 poems and illustrations take readers through the four seasons, bringing them to travel for a moment to the land of fantasy for a series of fun and exciting little adventures.
Visa hela texten

Irmhild Foessl was born in 1940 in Waldenburg Silesia. After resettlement, she lived in Germany from 1947 to 1965. In 1964, during a visit to Vienna, she met her husband, whom she married in 1965 and has lived in Vienna ever since. With him, an orchestral musician, she has three children, five grandchildren and now four great-grandchildren, who inspired her to write the poems and drawings in the book Kinderland.