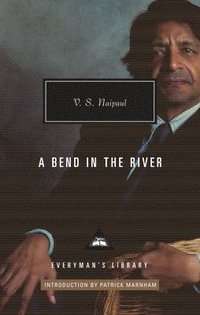 Bend In The River

Salim is doubly an outsider in his new home-an unnamed country that resembles the Congo-by virtue of his origins in a community of Indian merchants on the coast of East Africa. Uncertain of his future, he has come to take possession of a local trading post he has naively purchased sight unseen. But what Salim discovers on his arrival is a ghost town, reduced to ruins in the wake of the recently departed European colonizers and in the process of being reclaimed by the surrounding forest. Salim struggles to build his business against a backdrop of growing chaos, conflict, ignorance, and poverty. His is a journey into the heart of Africa, into the same territory explored by Joseph Conrad's Heart of Darkness nearly eighty years earlier-but witnessed this time from the other side of the tragedy of colonization. Salim discovers that the nation's violent legacy persists, through the rise of a dictator who calls himself the people's savior but whose regime is built on fear and lies. In this haunting masterpiece of postcolonial literature, short-listed for the Booker Prize in 1979, Naipaul gives us a convincing and disturbing vision of a place caught between the dangerously alluring modern world and its own tenacious past.
Visa hela texten

Bloggat om Bend In The River