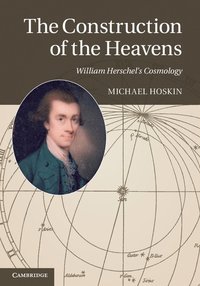 The Construction of the Heavens

av Michael Hoskin
Inbunden Engelska, 2012-01-19
1069
Köp
Spara som favorit
Finns även som
Visa alla 2 format & utgåvor
The astronomical observations of William Herschel (1738-1822) made him question the accepted model of the clockwork universe. This volume explains the development of Herschel's thoughts on what he called 'the construction of the heavens' and reprints his principal papers on this subject. The preliminary chapters provide an introduction to Herschel, including his unusual path to astronomy, the discovery of Uranus and his work on the evolution of stellar clusters, which eventually led him to challenge the unchanging Newtonian universe. The second half of the text comprises eight of Herschel's key papers on what we today would call cosmology, representing his progress between 1783 and 1814, fully annotated with historical notes and modern astrophysical explanations. Ideal for undergraduate and postgraduate students in the history of science and in astronomy, this volume explains Herschel's pivotal role in the transformation from the clockwork universe to the 'biological' universe of modern astronomy.
Visa hela texten

Michael Hoskin has taught history of astronomy at the University of Cambridge throughout his career, and has authored four previous books on the Herschels. He is an Honorary Fellow of the Royal Astronomical Society, Doggett Prizewinner of the American Astronomical Society and Jaschek Prizewinner of the European Society for Astronomy in Culture. In acknowledgement of his contribution to astronomy, the International Astronomical Union has named a minor planet Hoskin.