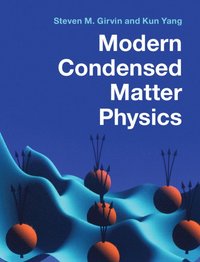 'Finally, an excellent introductory graduate text for the modern era of quantum condensed matter physics! Girvin and Yang deftly describe the transformative advances in the field, highlighting the close connection between theory and experiment. Highly recommended to all, from physics students to researchers seeking to reset their foundations.' Subir Sachdev, Harvard University, Massachusetts

'Thisbook is a milestone for condensed matter physics that covers the field from Bragg scattering to superconductivity and topology of the electronic band structure with clarity and depth. It is an inspiring text and a reference for anyone in the field.' Richard Martin, University of Illinois