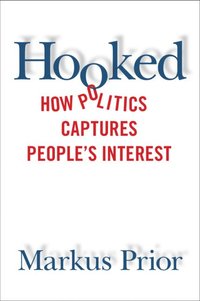 av Markus Prior
Häftad Engelska, 2018-12-13
319
Köp
Spara som favorit
Skickas inom 10-15 vardagar.
Fri frakt inom Sverige för privatpersoner.
Finns även som
Visa alla 3 format & utgåvor
Political interest is the strongest predictor of 'good citizenship', yet hardly anything is known about it. For the first time in over three decades, here is a study explaining what political interest is, where it comes from, and why it matters. Providing the most thorough description available of political interest in four Western democracies this study analyzes large household panel data sets rarely used in political science to explain how interest develops in people's lives. In an accessible manner, the book's analytical approach pushes applied social scientists to consider how panel data can be used to better understand political behavior. It does so in a way that doesn't gloss over complexities, and explains them in straightforward language. Advanced statistical methods are presented informally, accompanied by graphical illustrations that require no prior knowledge to understand the methods used.
Visa hela texten

Markus Prior is Professor of Politics and Public Affairs at Princeton University. He is author of Post-Broadcast Democracy (Cambridge, 2007), which won the 2009 Goldsmith Book Prize and the 2010 Doris Graber Award for the 'best book on political communication in the last 10 years'. Prior's work has appeared in multiple journals including American Political Science Review, the American Journal of Political Science, and the Journal of Politics.