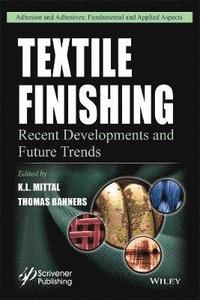 Kashmiri Lal Mittal was employed by the IBM Corporation from 1972 through 1993 Currently, he is teaching and consulting worldwide in the broad areas of adhesion as well as surface cleaning. He has received numerous awards and honors including the title of doctor honoris causa from Maria Curie-Sklodowska University, Lublin, Poland. He is the editor of more than 130 books dealing with adhesion measurement, adhesion of polymeric coatings, polymer surfaces, adhesive joints, adhesion promoters, thin films, polyimides, surface modification surface cleaning, and surfactants. Dr. Mittal is also the Founding Editor of the journal Reviews of Adhesion and Adhesives. Thomas Bahners studied physics at the universities of Munster and RWTH Aachen from 1974 to 1981. He has been a research scientist at the Deutsches Textil-orschungszentrum Nord-West (DTNW), Krefeld from November 1982. In 1987 he obtained his PhD in physical chemistry at the University of Duisburg where he is now the Head of Department of Physical Technologies whose research focuses on soft matter material science, polymer physics, and surface design by means of physical technologies. He has supervised about 50 research projects funded by companies or national/European research programs, and published about 200 journal articles and book chapters.