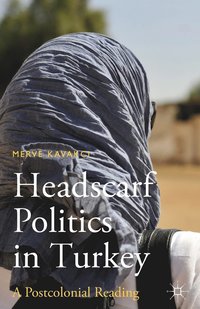 "Kavakci Islam's sensitive, deeply informed, and courageous investigation of formation of national identity provides great insight into the complex problems confronting Turkey in the post-Ottoman period of modernization, and particularly the role of women as symbols, victims, and agents. Though the focus is on Turkey and the politics of women's attire, the implications reach well beyond. It is a most timely and valuable contribution to understanding of difficult issues that arise in some form throughout today's world." - Noam Chomsky "A triumphant story of the discrimination against headscarved women, one which academically challenges the existing representations and challenges the reader to question easy assumptions. Written by a key member in the debate, Headscarf Politics in Turkey sheds light on one of the most highly disputed issues on the Turkish political agenda in the last decade: headscarf policy. Religious tolerance, women's rights, and modernity are all important components in this fascinating book by Merve Kavakci Islam, who looks at the topic from a unique combination of scholarly distance and personal involvement. This will be essential reading for scholars and students of comparative secular and religious ideologies, political science, and women's studies." - Ambassador Swanee Hunt, Eleanor Roosevelt Lecturer in Public Policy, Harvard's Kennedy School of Government "Merve Kavakci Islam has provided a major and valuable contribution to knowledge about Turkey, providing an inside yet analytical and historical perspective to this key issue. Considering how the West is challenged to understand effectively the role of Islam in the Middle East, and the potential role to be played by Turkey as a member of the European Union, this an important work." - Umit Cizre, Professor, Department of Political Science, Bilkent University, Turkey

Merve Kavakci is Lecturer of Political Science at Howard University, USA. She was elected to the Turkish Parliament, the Grand National Assembly of Turkey in 1999. However she was prevented from serving her term by the secularists because she wears a headscarf. Kavakci's political party was closed down and her Turkish citizenship was revoked, banning her from politics for a period of five years. She took her case to European Court of Human Rights and won in 2007.